In this paper, a novel identification methodology is proposed to capture general multivariate nonlinear relationships, with focus on the bounded-error approximation of model predictive control for constrained (non)linear systems. The formulation of the identification problem takes, at each iteration, the form of a constrained linear (or quadratic) optimization problem that is mathematically feasible as well as numerically tractable. The efficiency of the proposed method for the derivation of low-complexity explicit model predictive controllers is demonstrated via the constrained control of a thermodynamic power plant.

In this paper, a novel identification framework is proposed to capture a class of nonlinear dynamic relationships that link several input signals (and their past values) to a single output. The class of relationships is the one in which the single output to be identified may be any monotonic nonlinear function of a linear regressor that may be built up with the input signals and their past values. This obviously recalls the known Wiener identification structure with differences that are underlined in the paper. The whole framework is validated using the difficult problem of deriving real data-based dynamic model of emissions (including NOx and opacity) of a diesel engine. The nice feature of the proposed approach lies in the fact that the underlying optimization problem to be solved is a constrained Quadratic Programming (QP) problem and this, despite the nonlinear character of the identified relationship.

In this paper, a new nonlinear identification frame- work is proposed to address the issue of off-line computation of moving-horizon observer estimate. The proposed structure merges the advantages of nonlinear approximators with the efficient computation of constrained quadratic programming problems. A bound on the estimation error is proposed and the efficiency of the resulting scheme is illustrated using two state estimation examples.

On Useful Redundancy in Experiment Design For Nonlinear System Identification

In the paper, a formulation is proposed for optimal experiment design dedicated to the identification of nonlinear systems. In particular, a recently mentioned redundancy prop- erty associated to dynamic systems related inverse problems is heavily exploited to guarantee global convergence. The paper considers general discrete-time nonlinear systems in which measurements are affected by bounded noise. An illustrative example is used to show the merits of the proposed approach.

Nonlinear inverse problems arising in dynamic system state/parameter estimation are generally non- convex, and possess multiple local minima that may threaten the convergence of global optimization routines. This problem is generally addressed by multiple starting point based algorithms. An alternative approach is to use the recently proposed concept of safe redundancy in order to derive an algorithm that crosses singularities by exploiting the particular nature of dynamic inverse problems. These techniques might seem similar, at least at first. The present communication aims to provide insight into the difference between these two approaches. This is accomplished through a simple illustrative example.

 In this paper,a sensitivity analysisis carried out for the problem of simultaneousestimation of induction motor's state and parameters. This is done using separable least squares formulation. It comes out that even in the presenceof persistentexcitations, the above problem is very sensitiveto noisesand/or uncertainties especiallyfor one of the four possibly ide 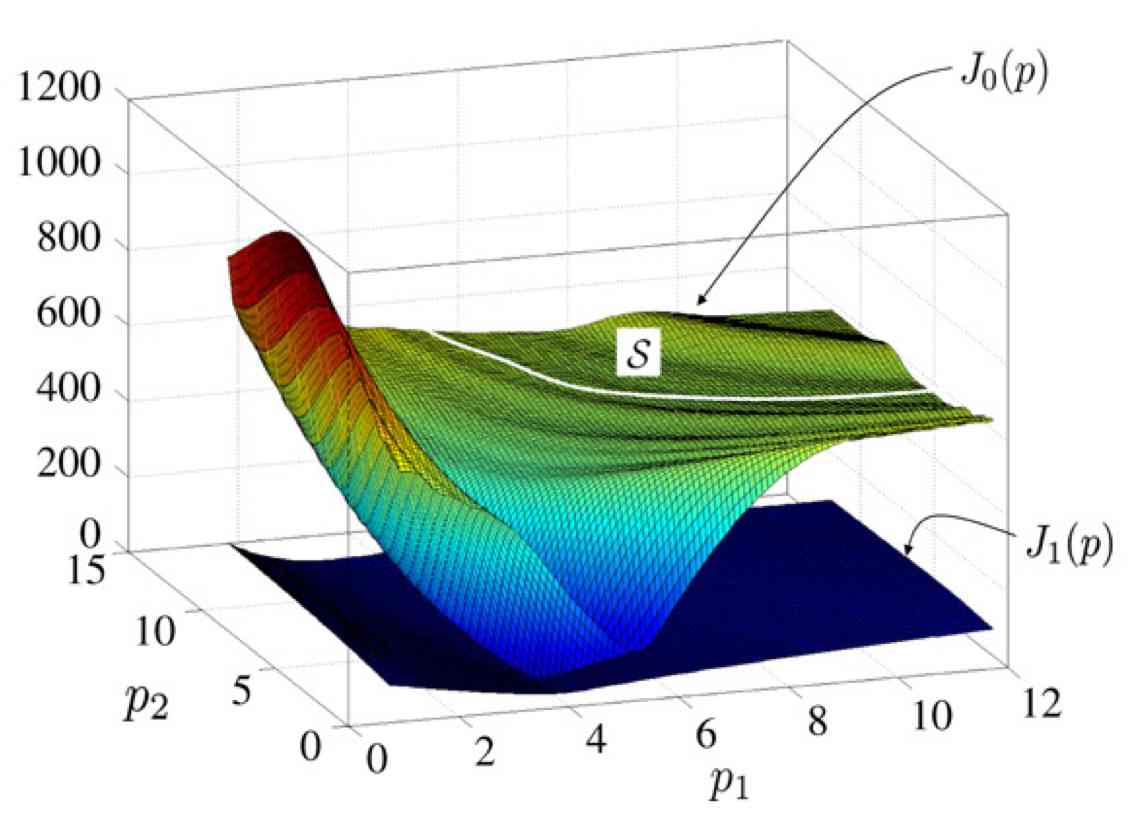 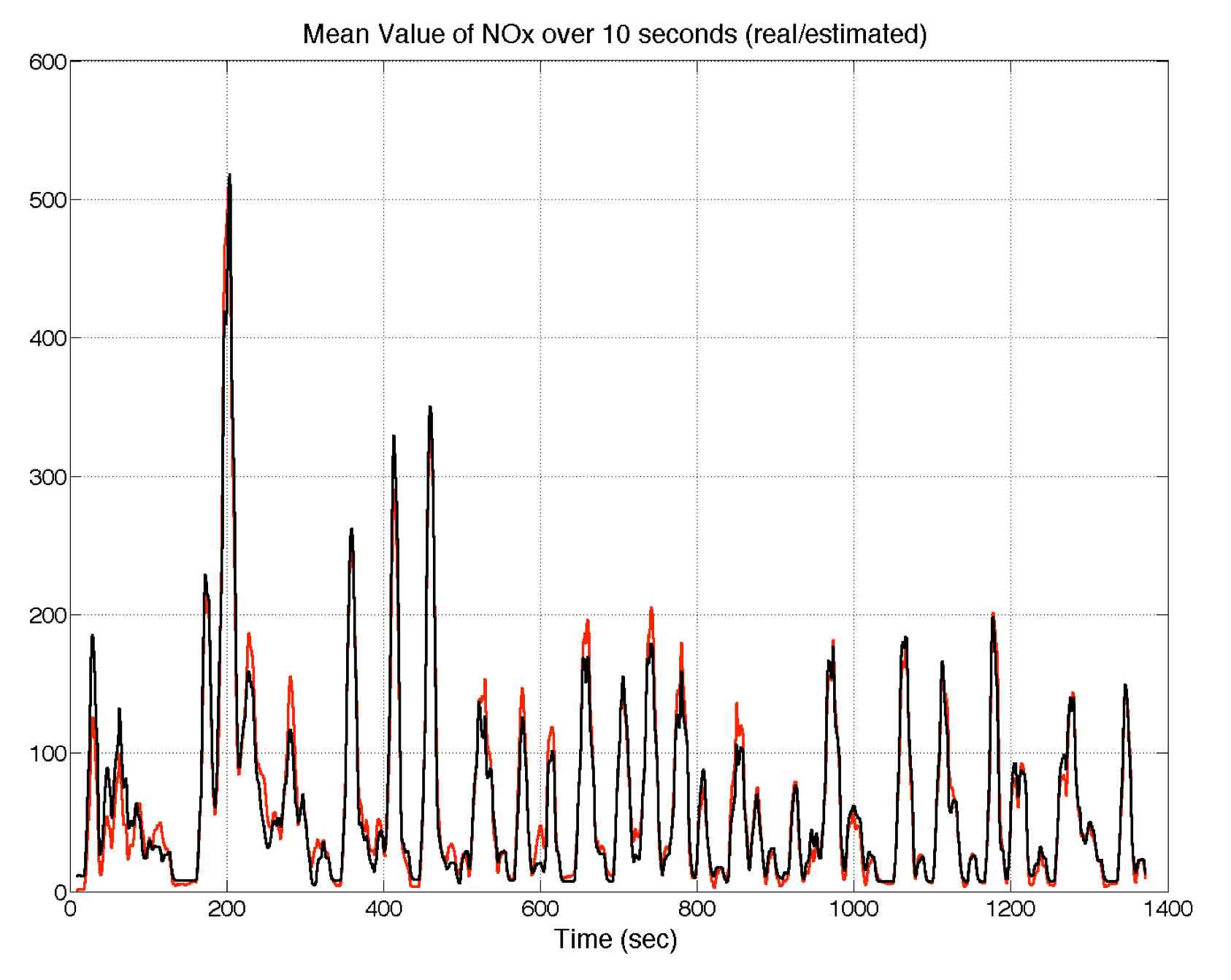 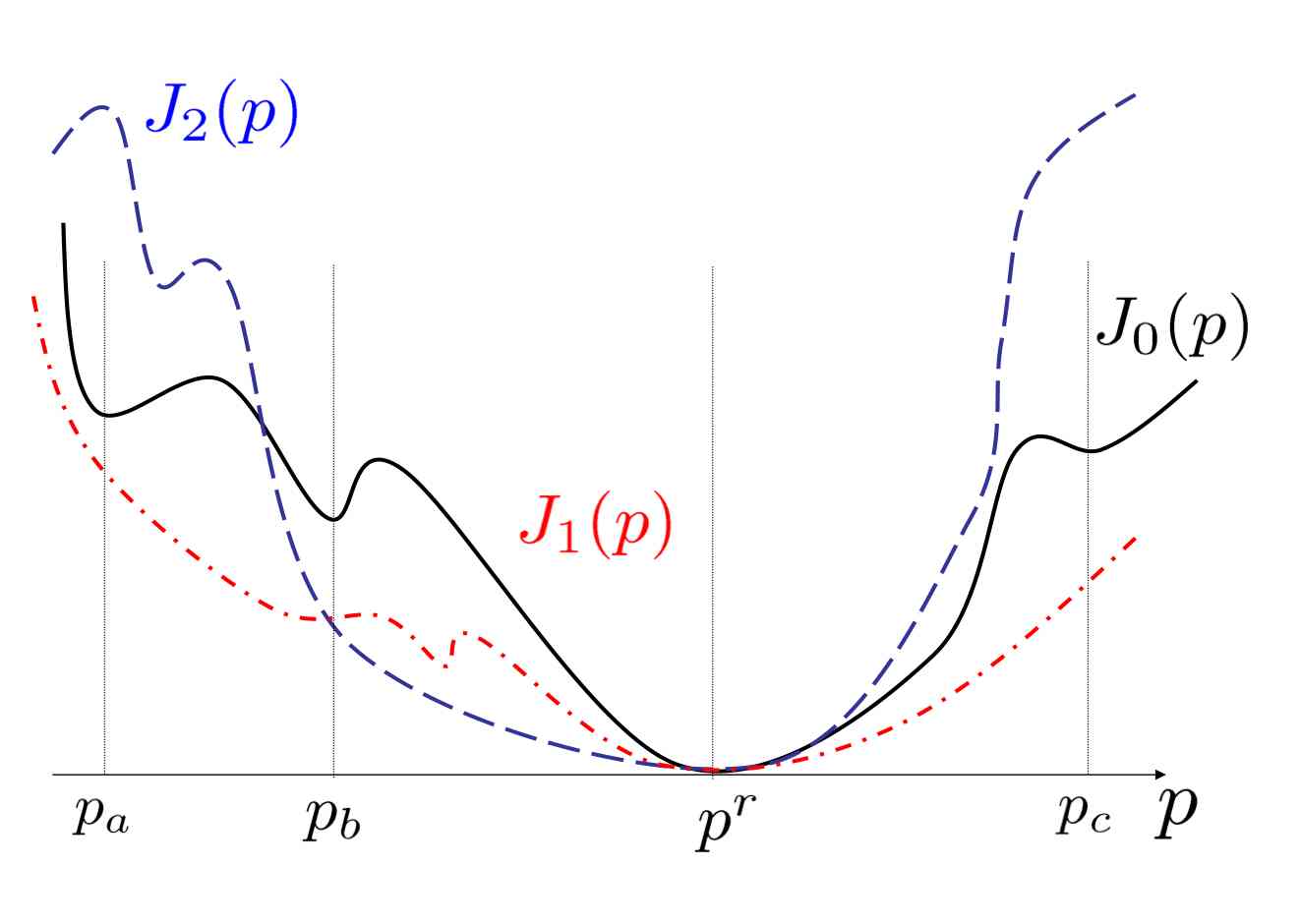 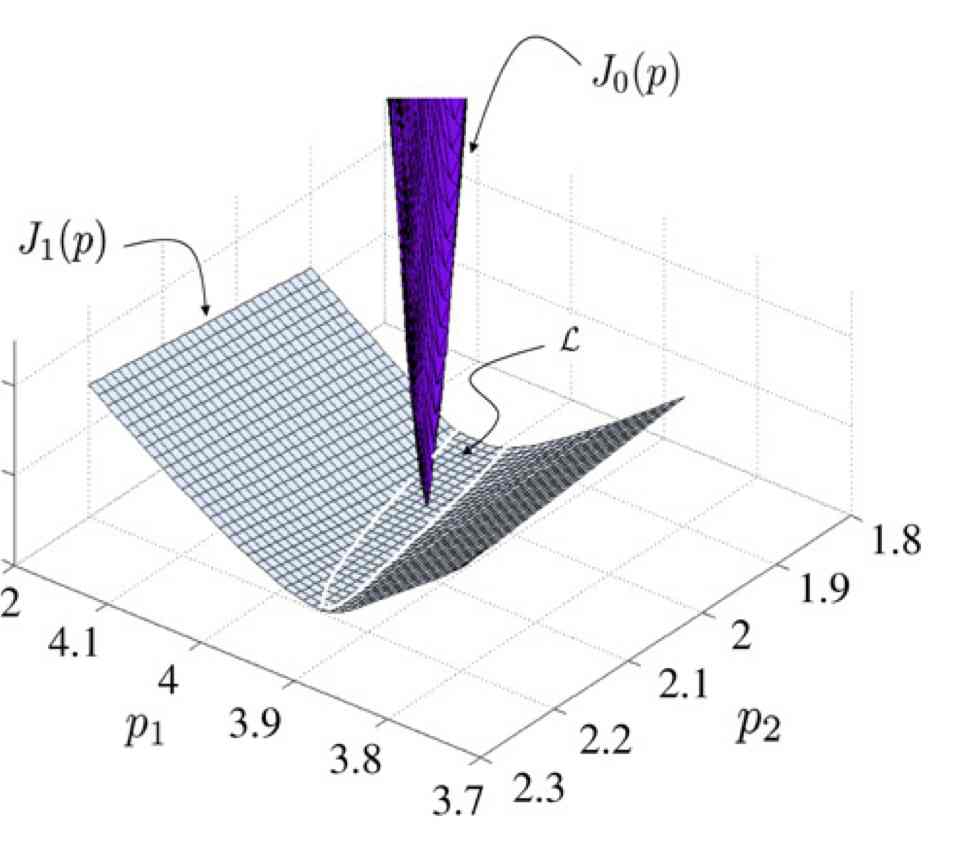 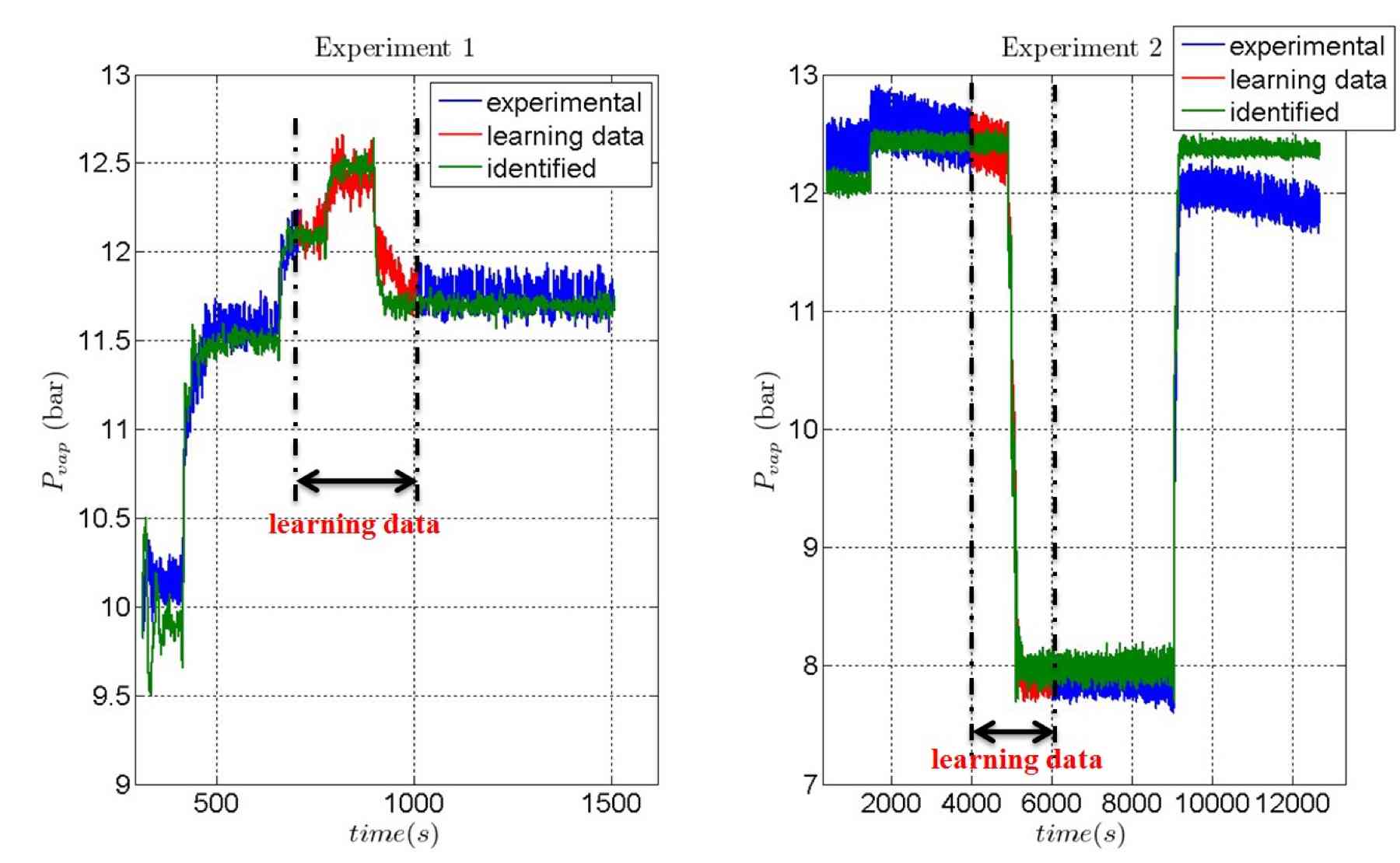 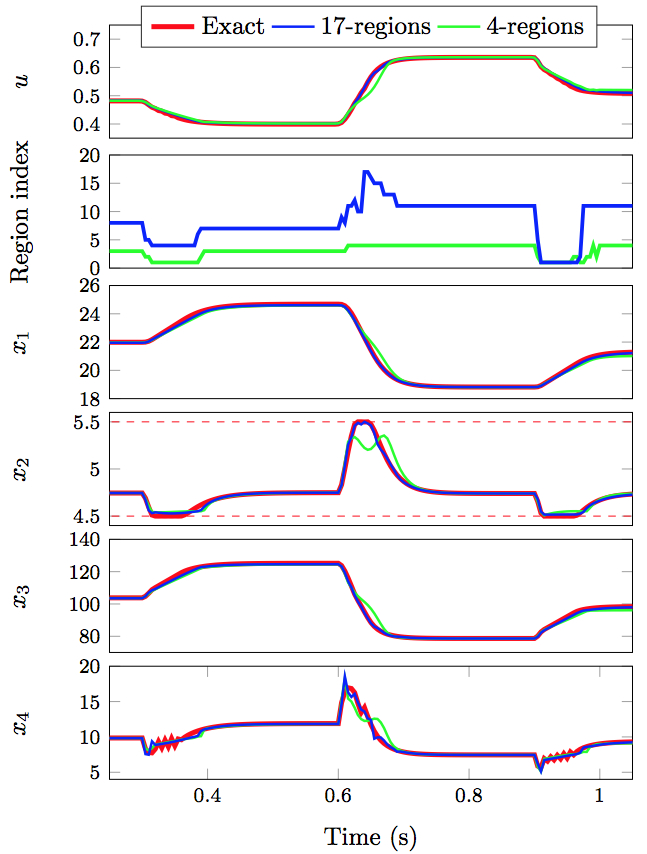 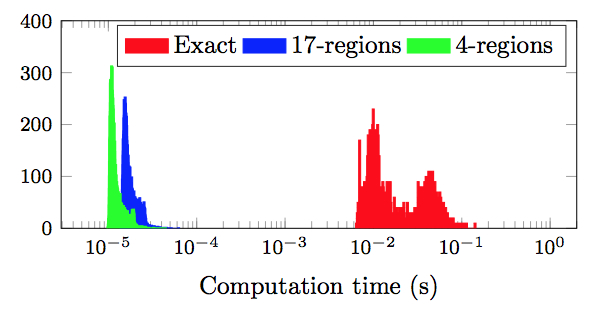