This paper addresses the observability analysis and the optimal design of observation parameters in the presence of noisy measurements and model mismatches. The main underlying frameworks are the nonlinear constrained moving horizon observer design and the probabilistic certification via randomized optimization. As the perfect observability concept is not possible under the considered uncertain and noisy context, the notion of almost \(\epsilon\)-observability is introduced and a systematic procedure to assess its satisfaction for a given system with a priori known measurement noise statistics and parameter discrepancy is sketched. A nice feature in the proposed framework is that the observability is not necessarily defined as the ability to observe the whole state, rather, the more general concept of observation-target quantities is used so that one can analyze the precision with which specific chosen expressions of the state and the parameters can be reconstructed. The overall framework is exposed and validated through an illustrative example.

This paper investigates a self adaptation mechanism regarding the rate with which new measurements have to be incorporated in Moving-Horizon state estimation algorithms. This investigation can be viewed as the dual of the one proposed by the author in the context of real-time model predictive control. An illustrative example is provided in order to assess the relevance of the proposed updating rule.

In this paper, a new nonlinear identification frame- work is proposed to address the issue of off-line computation of moving-horizon observer estimate. The proposed structure merges the advantages of nonlinear approximators with the efficient computation of constrained quadratic programming problems. A bound on the estimation error is proposed and the efficiency of the resulting scheme is illustrated using two state estimation examples.

On the use of Partial Explicit Inversion Maps in Moving Horizon Observers: Case Studies

This paper proposes a new Moving-Horizon Estimation Scheme based on the use of Partial Explicit Inversion Maps. This scheme is used to reconstruct unmeasured quantities of a dynamic system (states and/or system’s parameters). The use of explicit inversion maps may either solve the whole estimation problem or simply reduces the computational burden involved in Classical Moving Horizon Estimation techniques (RHE). In the last case, the maps express a part of the problem unknowns as a function of the remaining part. The computational effort can then be focused on the remaining unknown reduced-dimensional unknown vector. The paper shows how these maps can be derived based on a recently developed graphical- signature-oriented technique. A detailed illustrative example is proposed to show the efficiency of the proposed methodology.

This paper proposes a novel approach that may help reducing the computational burden when using the Nonlinear Moving-Horizon Observer (MHO) technique. This technique is often used to reconstruct unmeasured quantities of a dynamic system. The latter may include both the state and the vector of parameters that are involved in the system model. The proposed approach is based on the use of partial explicit inversion maps that express a part of the problem unknowns as a function of the remaining one. The Moving- Horizon Observers can therefore concentrate on the latter reduced dimensional unknown vector. The paper shows how explicit inversion maps can be derived based on a recently developed graphical-signature-based technique. Two illustrative examples are proposed to show the efficiency of the proposed solution.

In this paper, a new user-friendly platform for robust observer design is presented. The aim of this software is to render the process of observer design as simple as possible for process practitioners and researchers involved in control or supervision tasks. The platform is dedicated to laboratory scale processes in which key variables are not directly measured and therefore need to be estimated. Moreover, model mismatches and uncertainties can be potentially recovered. The tool can also be used to analyze the feasibility of the related inverse problem for a given choice of the sensors, the sampling time, the observation window, etc. making it a precious tool to design the instrumentation of the process. A particularly useful feature for researchers is the possibility to automatically generate a Matlab S-function that may be connected to the user’s own control/diagnosis modules to perform the estimation task. The software is intended to be freely available (by simple request) for research and educational purposes by mid 2010

In this note, further results are proposed that concern the de- sign and the convergence of receding-horizon nonlinear observers. The key feature is the definition of observability radius in relation with a prespeci- fied compact set of initial configurations. This enables a semiglobal conver- gence result to be derived that turns out to be a global convergence result when appropriate regularity assumptions are made. A simple example is proposed to illustrate the basic features of the note.

Towards the construction of a robust optimal observer

In this paper, an algorithm for the construction of nonlinear optimal observers is proposed. The key feature is the denition of an elementary problem, which is a scalar optimal control problem. The resolution of this problem is done in tw o stages: 1) Solution of a scalar Hamilton-Jacobi equation to nd an optimal cost function of the unknown initial state and 2) Choosing the initial state to minimize this function.

 Optimization based non-linear observers are those where the integrated output prediction error is used to define the dynamic of the observer's state. Their main advantage is genericity and the natural assumptions that are needed for the related convergence results to hold. Here, we present some new theoretical results concerning these observers. Despite the title we use, our observer is not based on the search for a global minimum of a cost function. It is based on a descent-like approach without the use of the Hessian matrix. A nice feature is that the resulting observer takes a classical form of in the sensethat it is defined by a set of ordinary differential equations. Besides the theoretical results, some implementation issues are discussed. In particular, we propose to use the post stabilization approach, well known when dealing with differential systems with invariant submanifolds. This enables to increase the sampling period while keeping very good precision. Two illustrative examples are presented to show the efficiency of the proposed method. 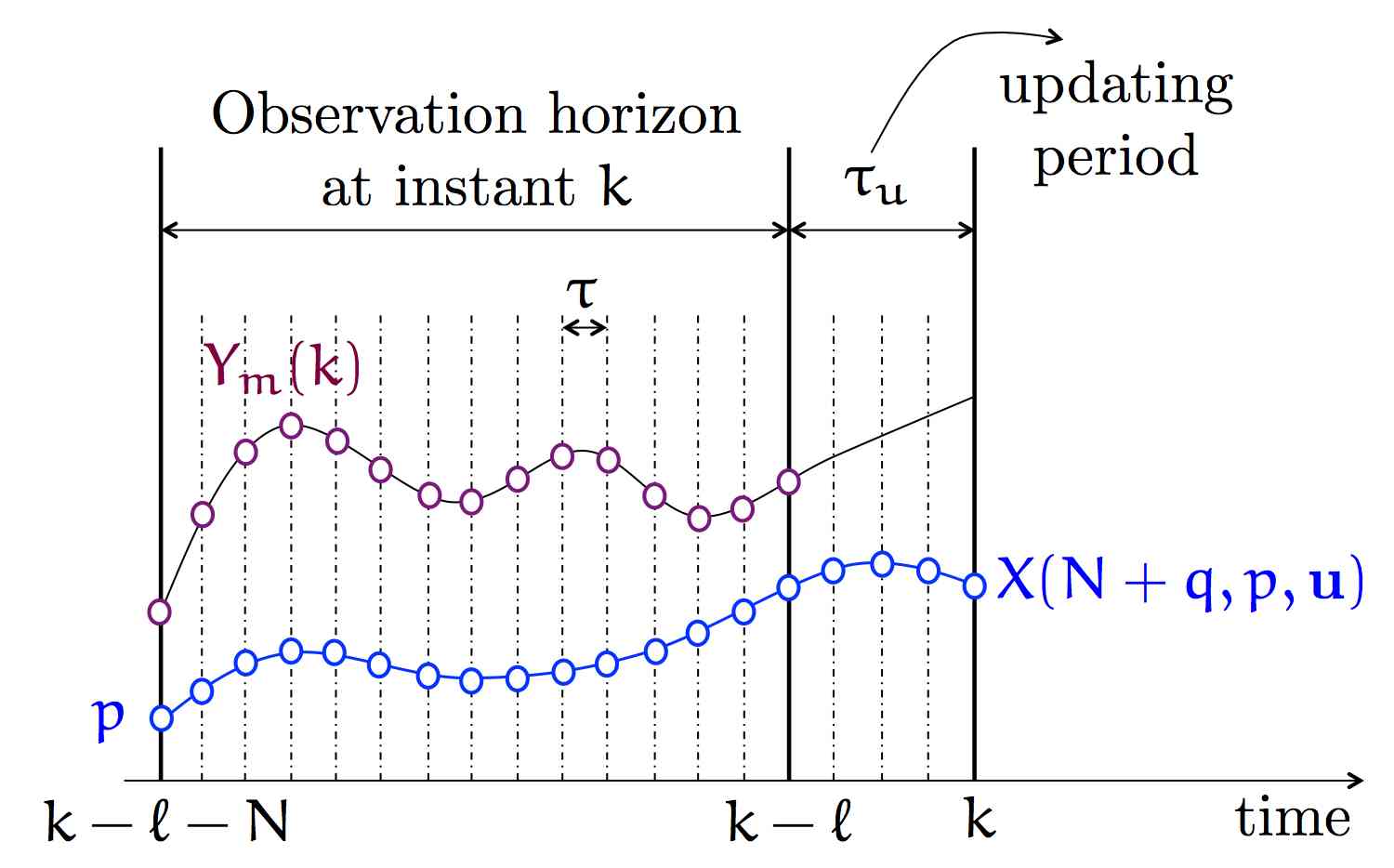 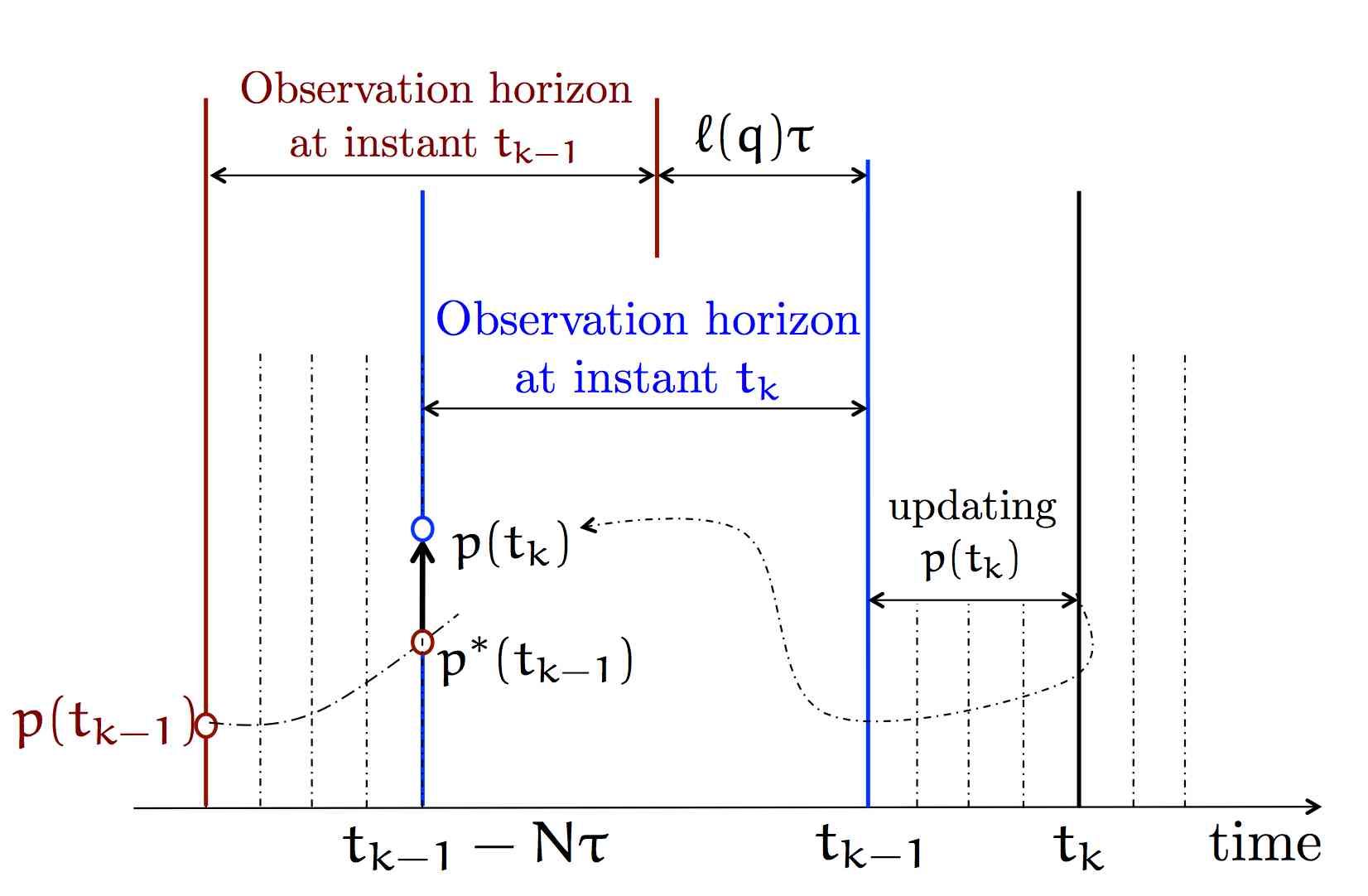 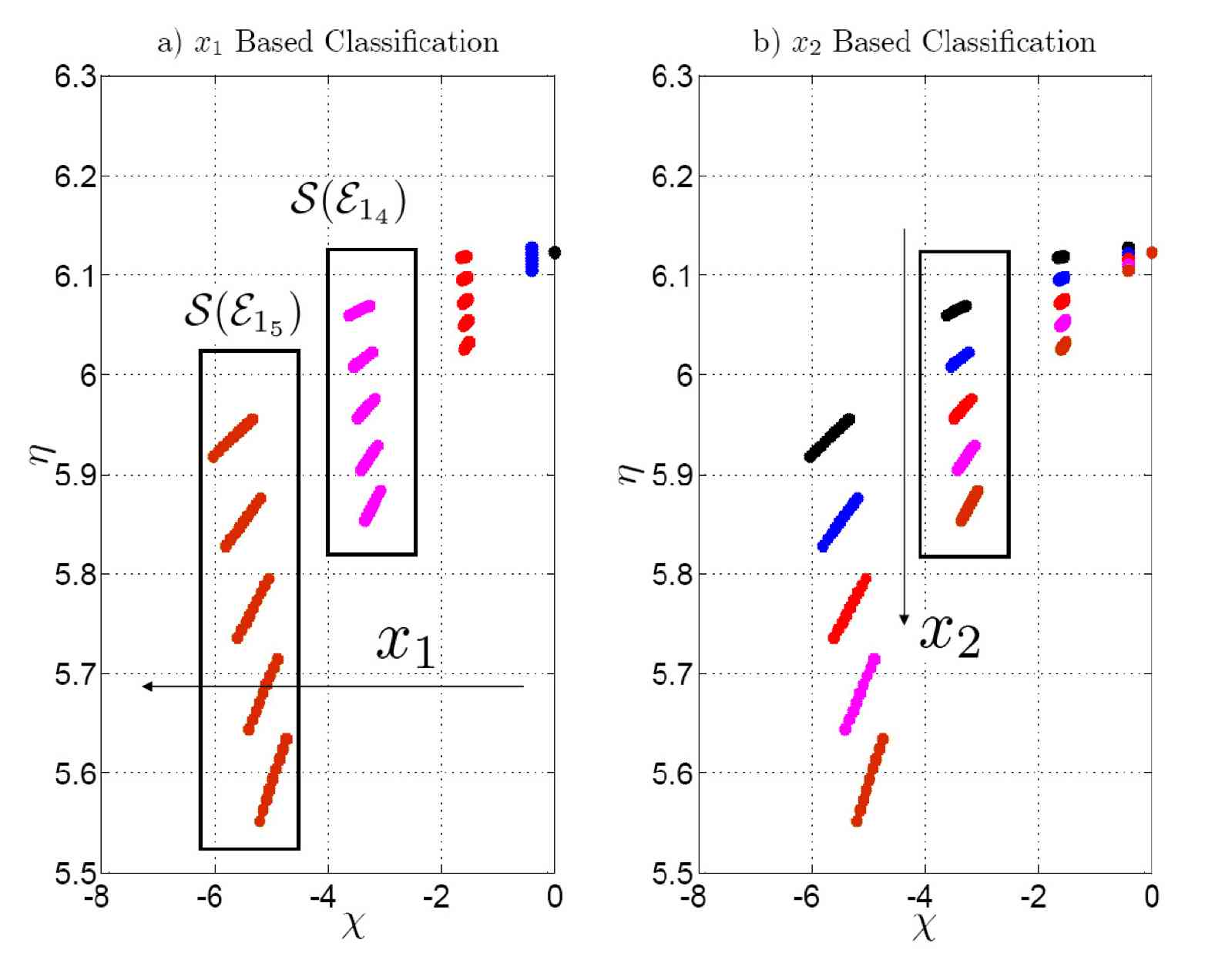 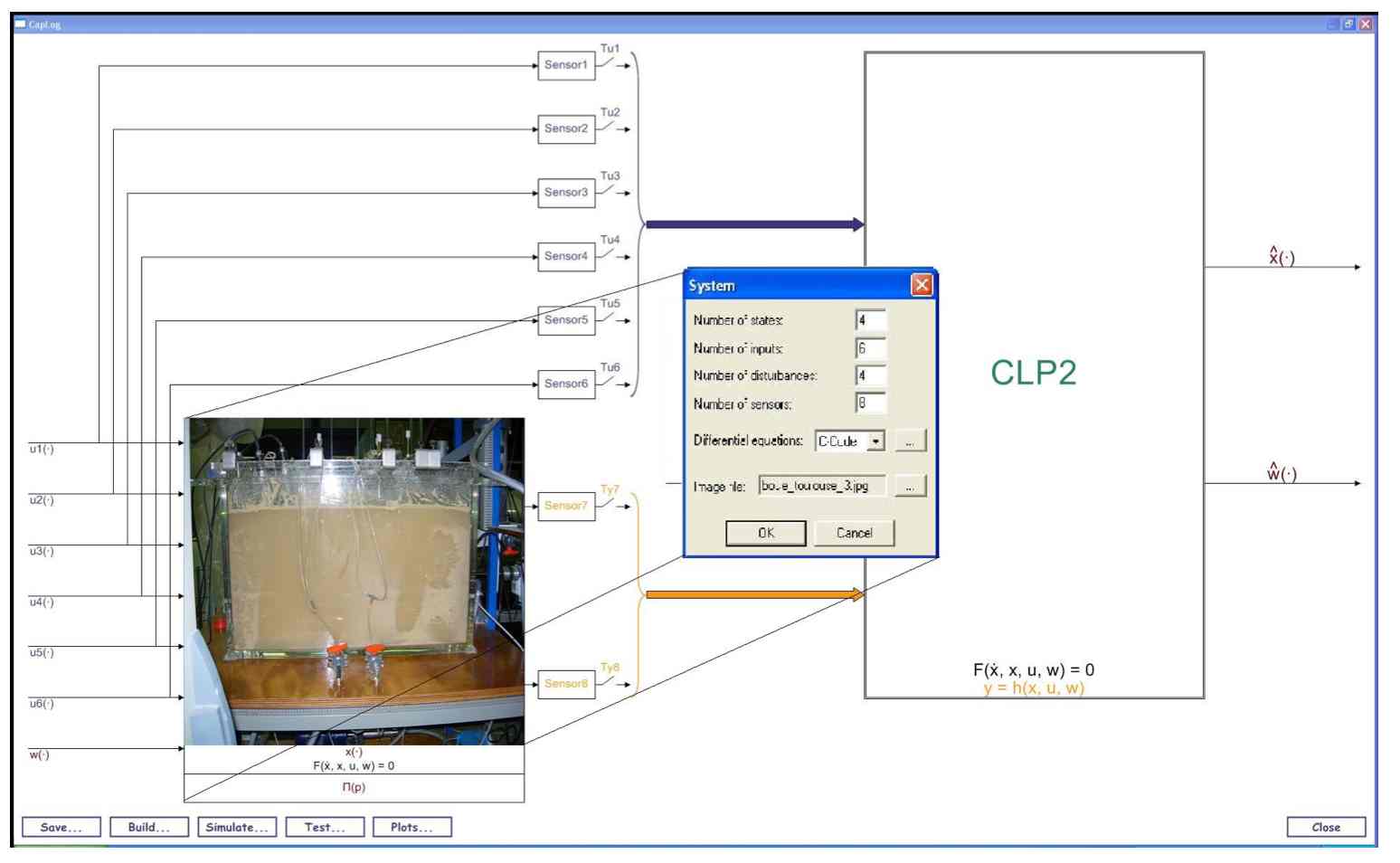 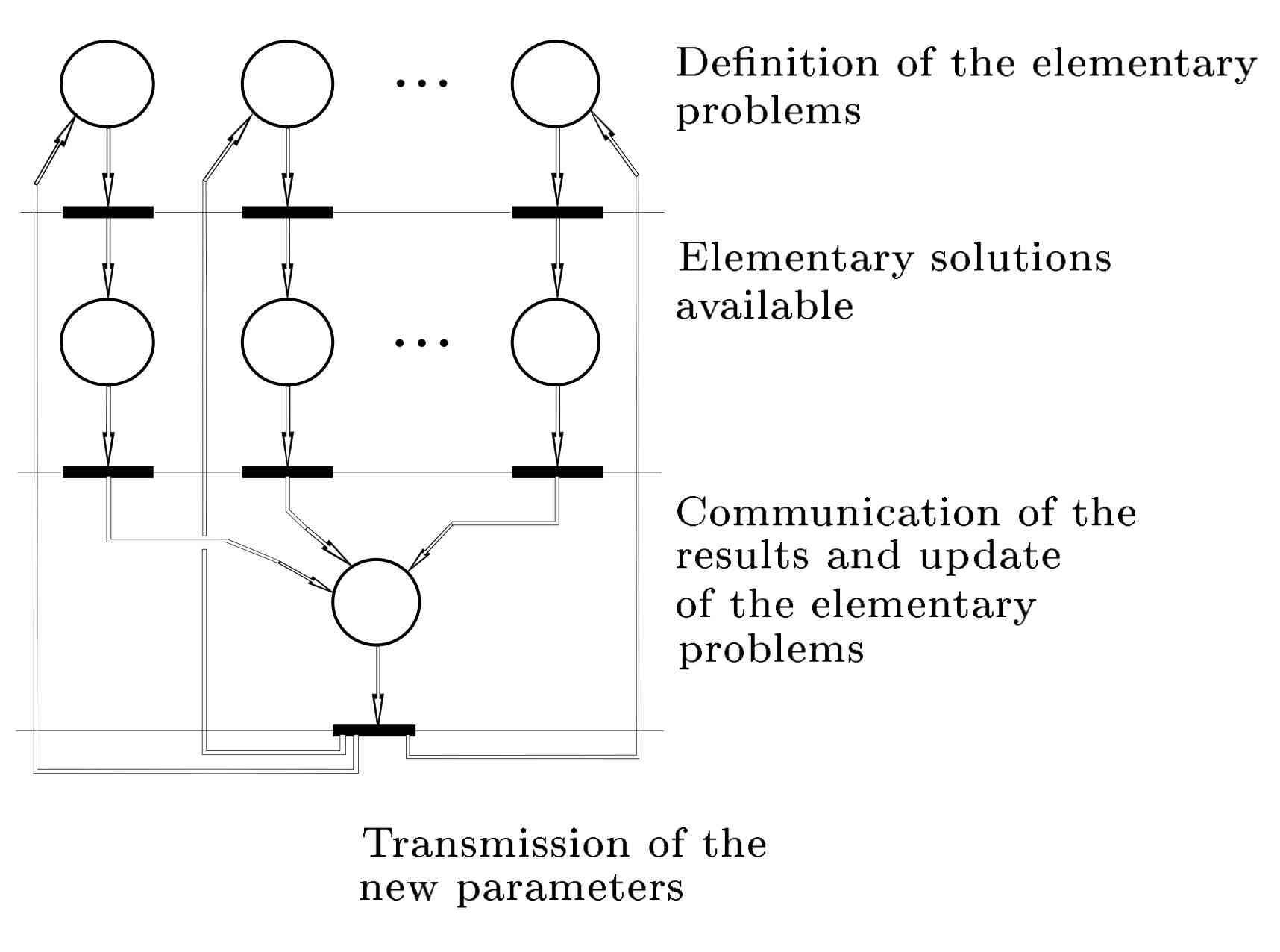 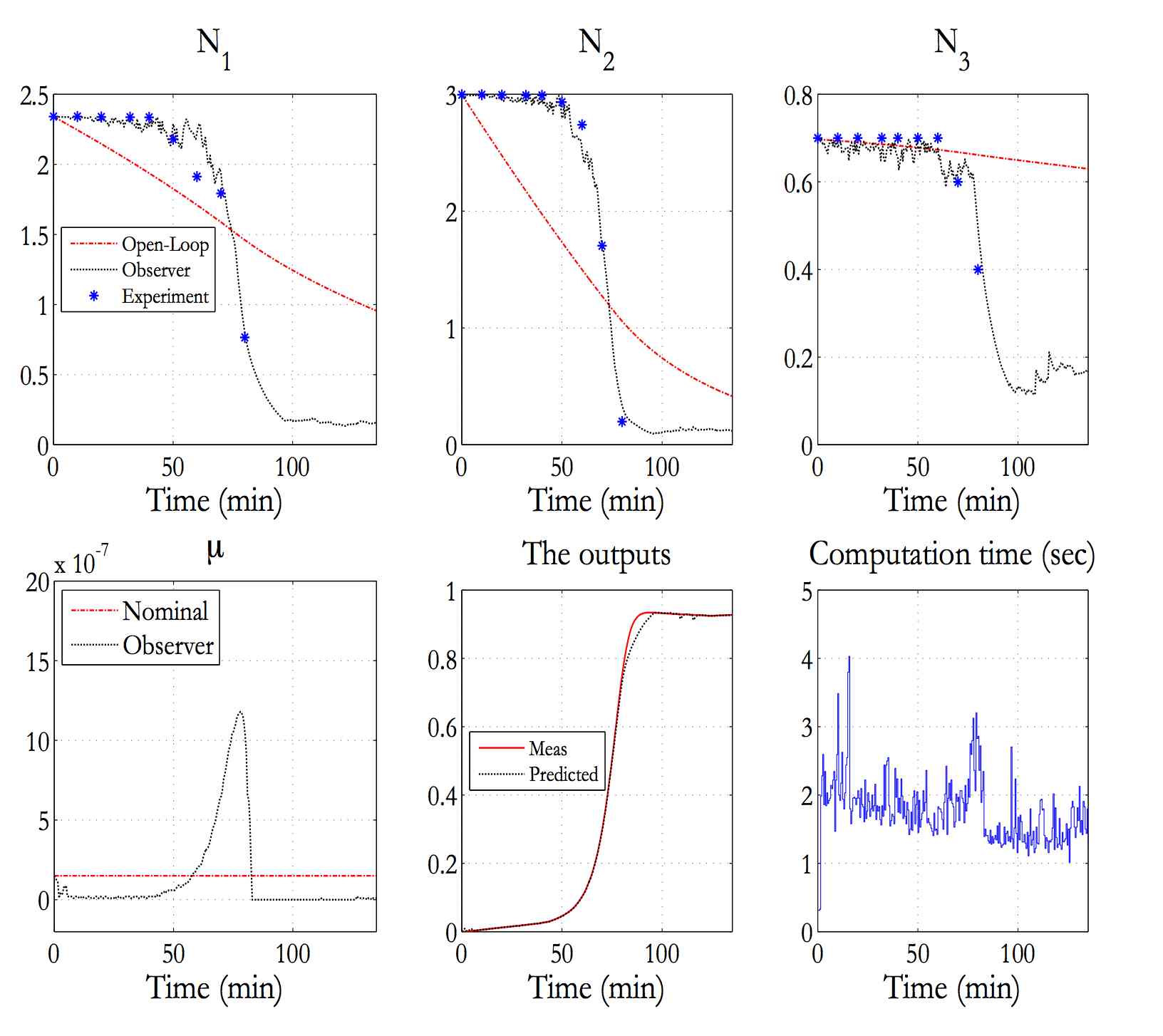