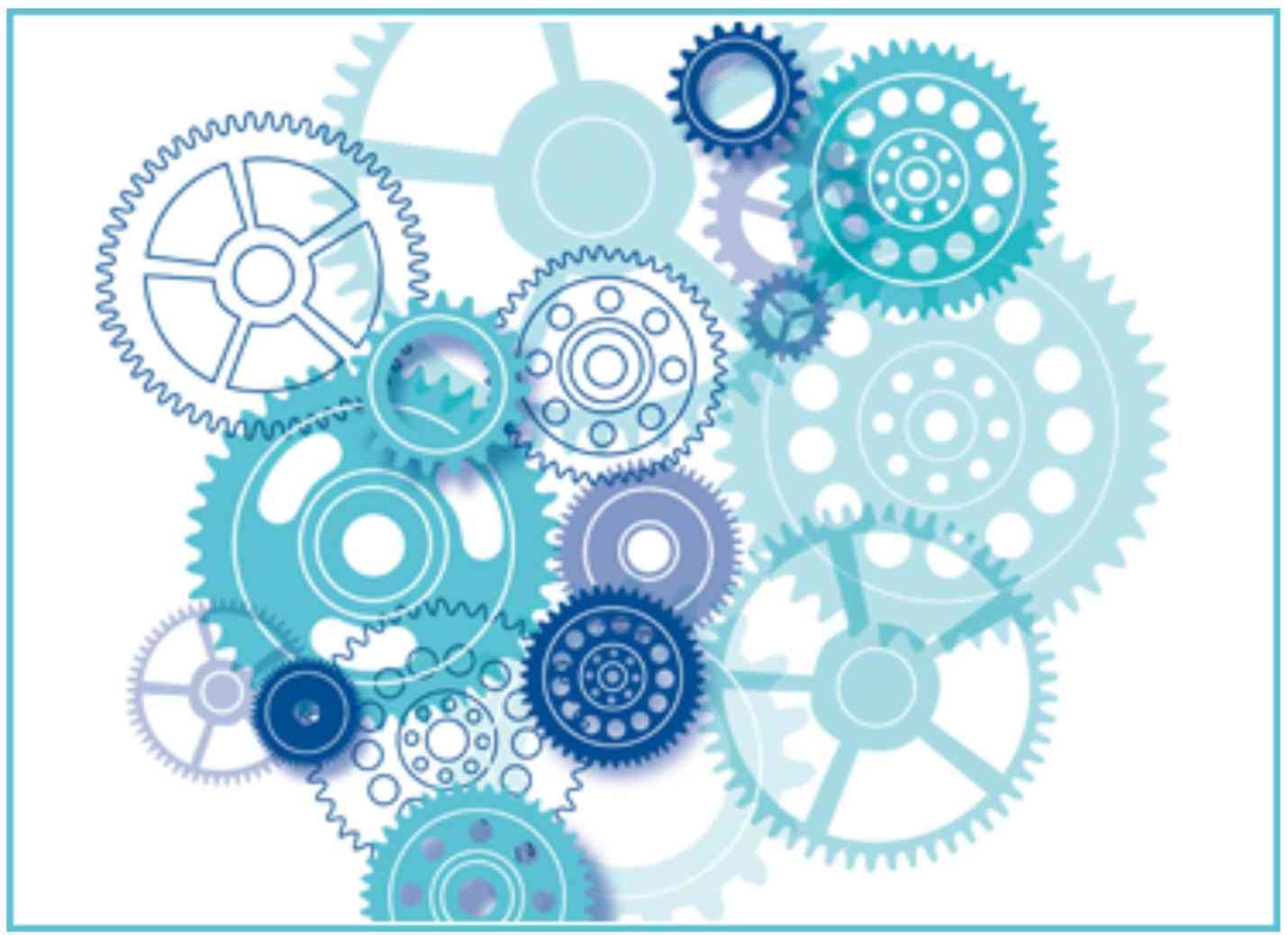 This paper proposes a new control strategy for Propofol injection during anesthesia in patients undergoing surgery and where the bispectral index (BIS) is considered to be the regulated variable. The proposed control shows the nice feature of being completely independent of the knowledge of the pharmacokinetics that govern the diffusion of the drug. The paper also proposes a certification framework that gives a probabilistic guarantee regarding the containment of the BIS inside the desired interval as well as for the time needed for the BIS to be steered to this interval. Moreover, this certification is given for realistic (and hence very high) level of uncertainties on the parameters that define the unknown-to-the-controller dynamics. This last feature is checked using a widely employed model.

Cell-cycle specific drugs affect cells when they are in specific phases of their periodic cycle. However, injecting drug's strategy can only by global. This rises the problem of optimizing a global  constrained decision variable (drug delivery profile with limited volume) when its effect depends on many local unknown characteristics (the individual cells phases). In this paper, an observer-based framework is proposed that enables a rational decision making in this particular circumstance. Simulation on a simple case are proposed to show the relevance of the proposed framework.

This paper proposes a general framework for probabilistic certification of cancer therapies. The certification is defined in terms of two key issues which are the tumor contraction and the lower admissible bound on the circulating lymphocytes which is viewed as indicator of the patient health. The certification is viewed as the ability to guarantee with a predefined high probability the success of the therapy over a finite horizon despite of the unavoidable high uncertainties affecting the dynamic model that is used to compute the optimal scheduling of drugs injection. The certification paradigm can be viewed as a tool for tuning the treatment parameters and protocols as well as for getting a rational use of limited or expensive drugs. The proposed framework is illustrated using the specific problem of combined immunotherapy/chemotherapy of cancer

In this paper, the optimal drug injection problem arising in cancer treatment by cell-cycle-specific chemotherapy is investigated. The optimal control problem is state constrained in which the stage cost reflects the concern of maximal drug injection, while the state constraint imposes a lower bound on the total number of cells in the bone marrow. It is shown that this problem can be approximately solved up to any desired precision by using an indexed family of state-unconstrained optimal control problems. The state constraint is fulfilled for any member of the family. The existence of solutions is proved and the resulting approximation is characterized by appropriate two-sided inequalities. Simulations are provided to show the efficiency and relevance of the proposed formulation.

In this paper a model-free feedback control design is proposed for the drug administration in mixed cancer therapy. This strategy is very attractive because of the important issue of parameter uncertainties unavoidable when dealing with biological models. The proposed feedback scheme use past measurements to update an on-line simplified model. The control design is then based on model predictive control in which a suitable switching is per- formed between two different cost functions. The effectiveness of the proposed model-free control strategy is validated using a recently developed model (unknown to the controller) governing the cancer growth on a cells population level under combined im- mune and chemotherapy and using real human data.

In this paper, a recently developed model governing the cancer growth on a cell population level with combination of immune and chemotherapy is used to develop a reactive (feedback) mixed treatment strategy. The feedback design proposed here is based on nonlinear constrained model predictive control together with an adaptation scheme that enables the effects of unavoidable modeling uncertainties to be compensated. The effectiveness of the proposed strategy is shown under realistic human data showing the advantage of treatment in feedback form as well as the relevance of the adaptation strategy in handling uncertainties and modeling errors. A new treatment strategy defined by an original optimal control problem formulation is also proposed. This new formulation shows particularly interesting possibilities since it may lead to tumor regression under better health indicator profile.

In this paper, a mathematical model for the scheduling of angiogenic inhibitors with a killing agent is used to derive a robust state feedback control of the combined cancer therapy. Robustness is considered against parameter uncertainties through the solution of the associated Hamilton-Jacobi-Isaacs (HJI) partial di↵erential equation. Unlike open-loop optimal control, solving the HJI equation provides a guaranteed-cost feedback control and a whole visibility of the achievable performance for any possible initial state within the region of interest and for any predefined level of parameter uncertainties. Numerical investigation is proposed using an existing model that has been validated using human data.

In this paper, a reduced dimensional dynamic model is proposed for drug-free tumor growth and tumor-induced angiogenesis in 2D tissues. The model involves only a few number of easily identifiable parameters and nicely captures the impact of the initial 2D vascular architecture on the future evolu- tion of both tumor and tumor induced capillary network. The model is identified and validated using recently developed detailed model. The results remarkably fit the detailed model while being several order of magnitudes faster to simulate.

In this paper, a new dynamic model describing the epileptic seizure initiation through transition from interictal to ictal state in a brain predisposed to epilepsy is suggested. The model follows Freeman’s approach where the brain is viewed as a network of interconnected oscillators. The proposed nonlinear model is experimentally motivated and relies on changes in synaptic strength in response to excitatory spikes. This model exhibits a threshold beyond which a bifurcation toward a short-term plasticity state occurs leading to seizure onset. A resulting explanatory assumption is that when considering epilepsy, brain regions are characterized by abnormally low thresholds toward short-term synaptic plasticity. It is shown by simulation that the proposed model enables some experimentally observed qualitative features to be reproduced. Moreover, a preliminary discussion on the impact of the underlying assumptions on the fundamental issue of seizure control is proposed through an EEG based feedback control scheme. 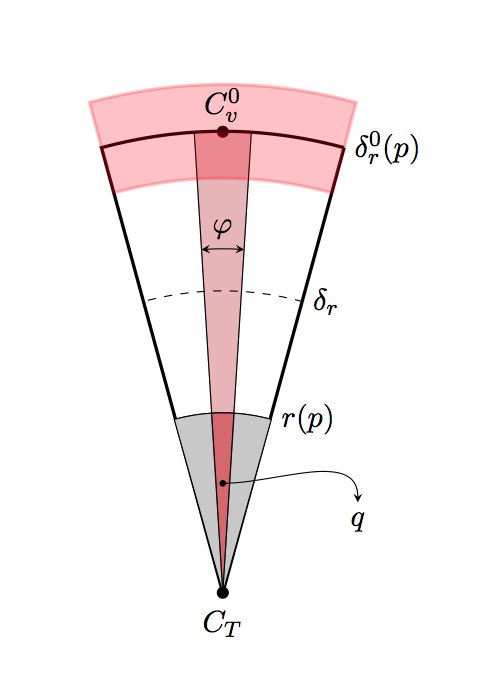 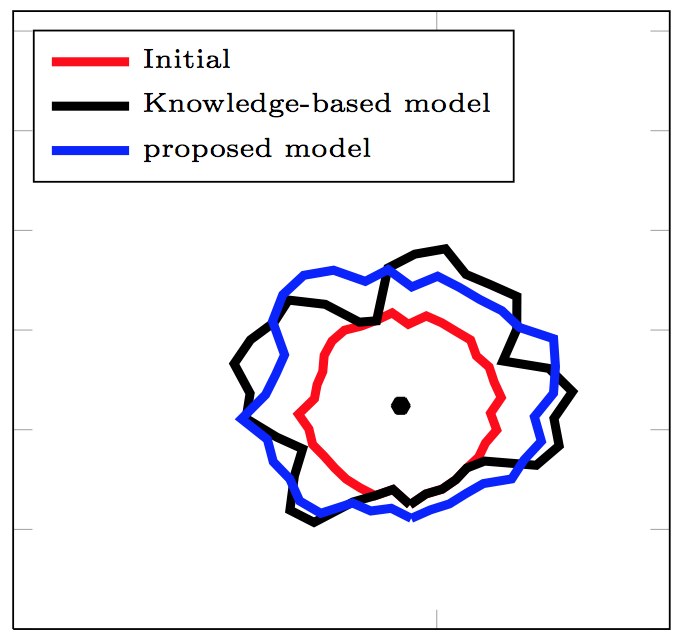 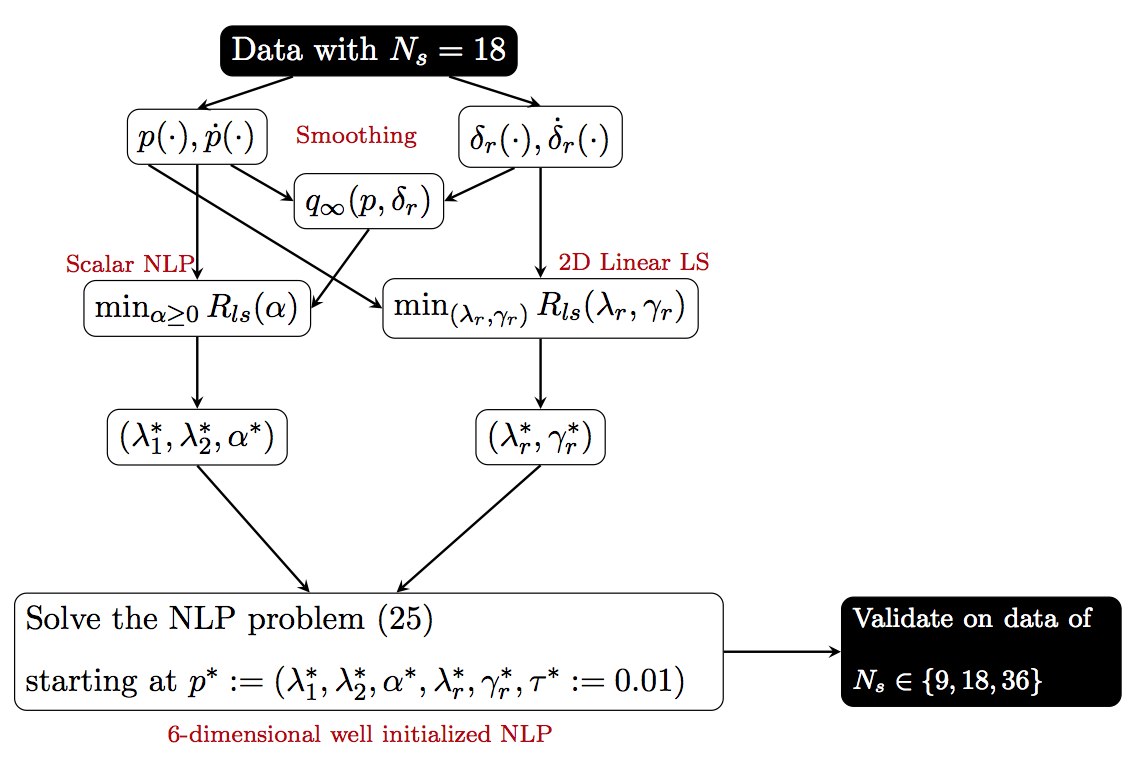 Algorithm for the identification of the reduced model's parameter vector 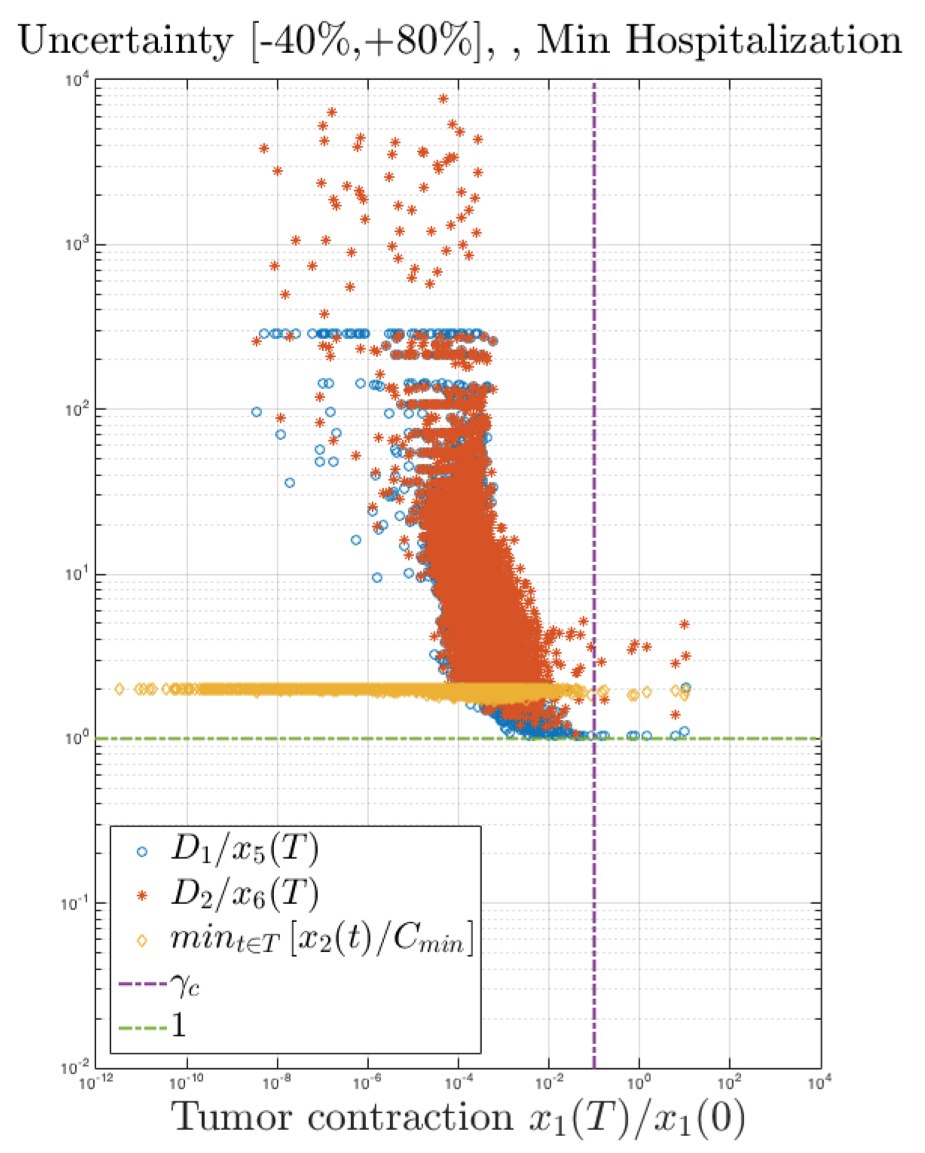 Cloud of point in the tumor contraction/health plan. Validation of the proposed probabilistic certification approach. Case: Minimization of the hospitalization period. 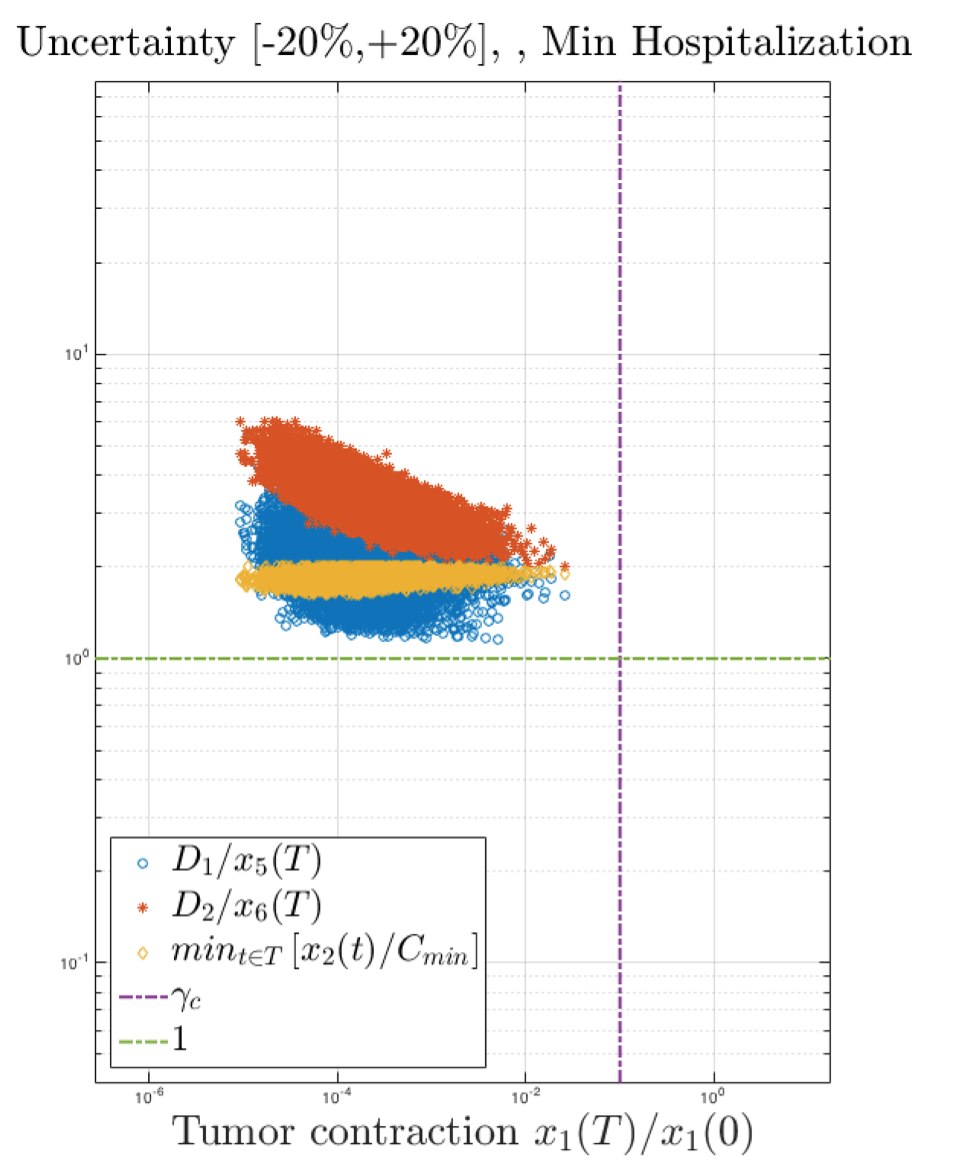 Cloud of point in the tumor contraction/health plan. Validation of the proposed probabilistic certification approach. Case: Minimization of the drug usage. 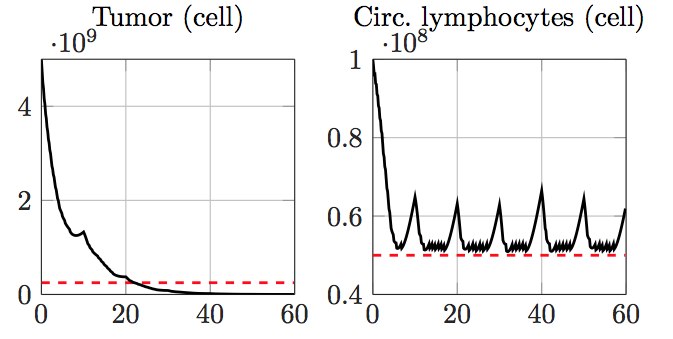 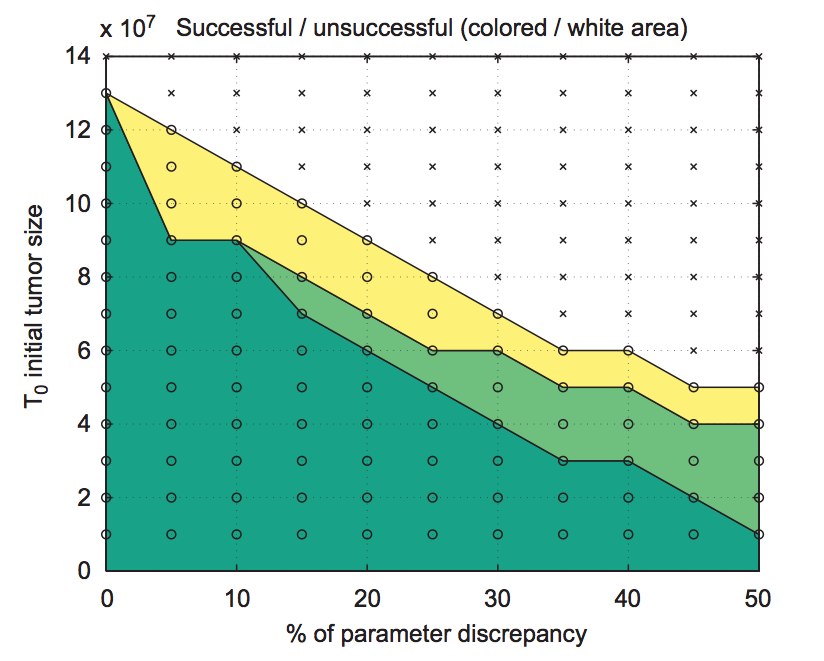 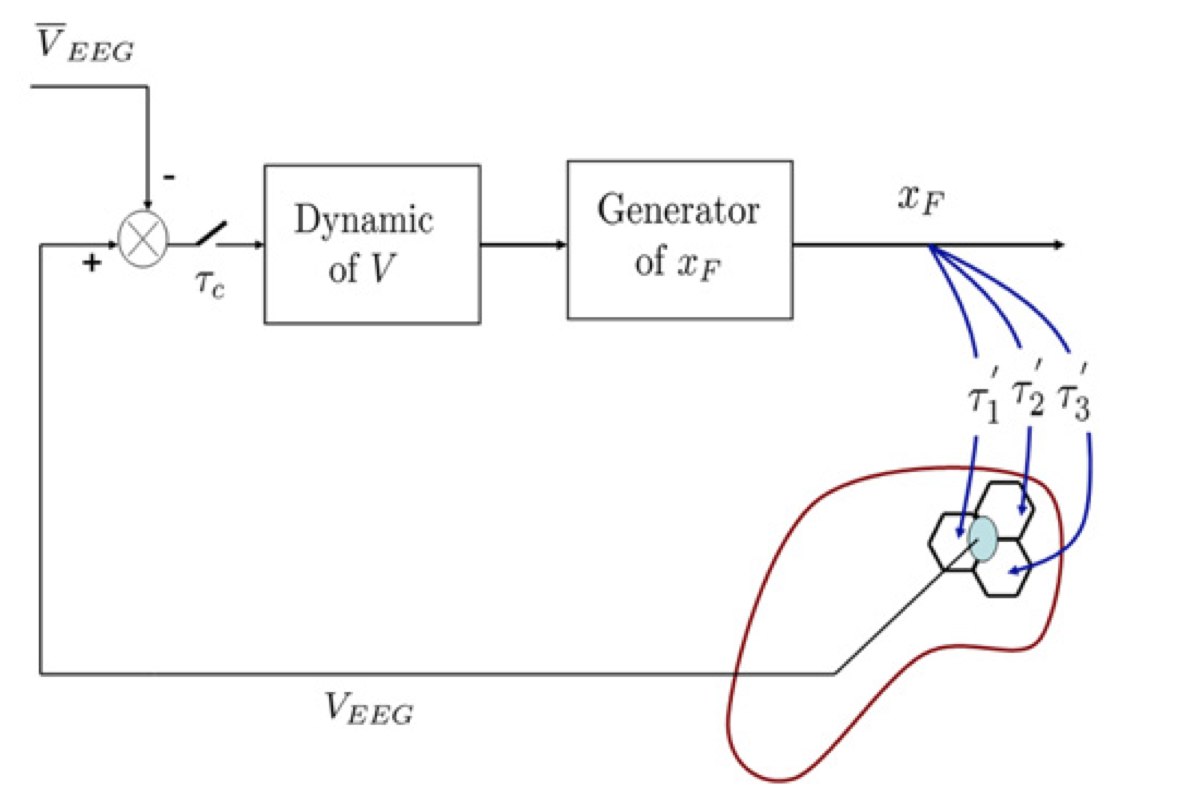 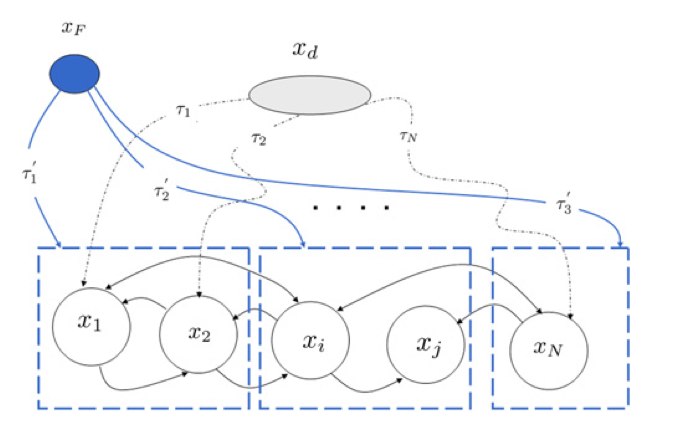 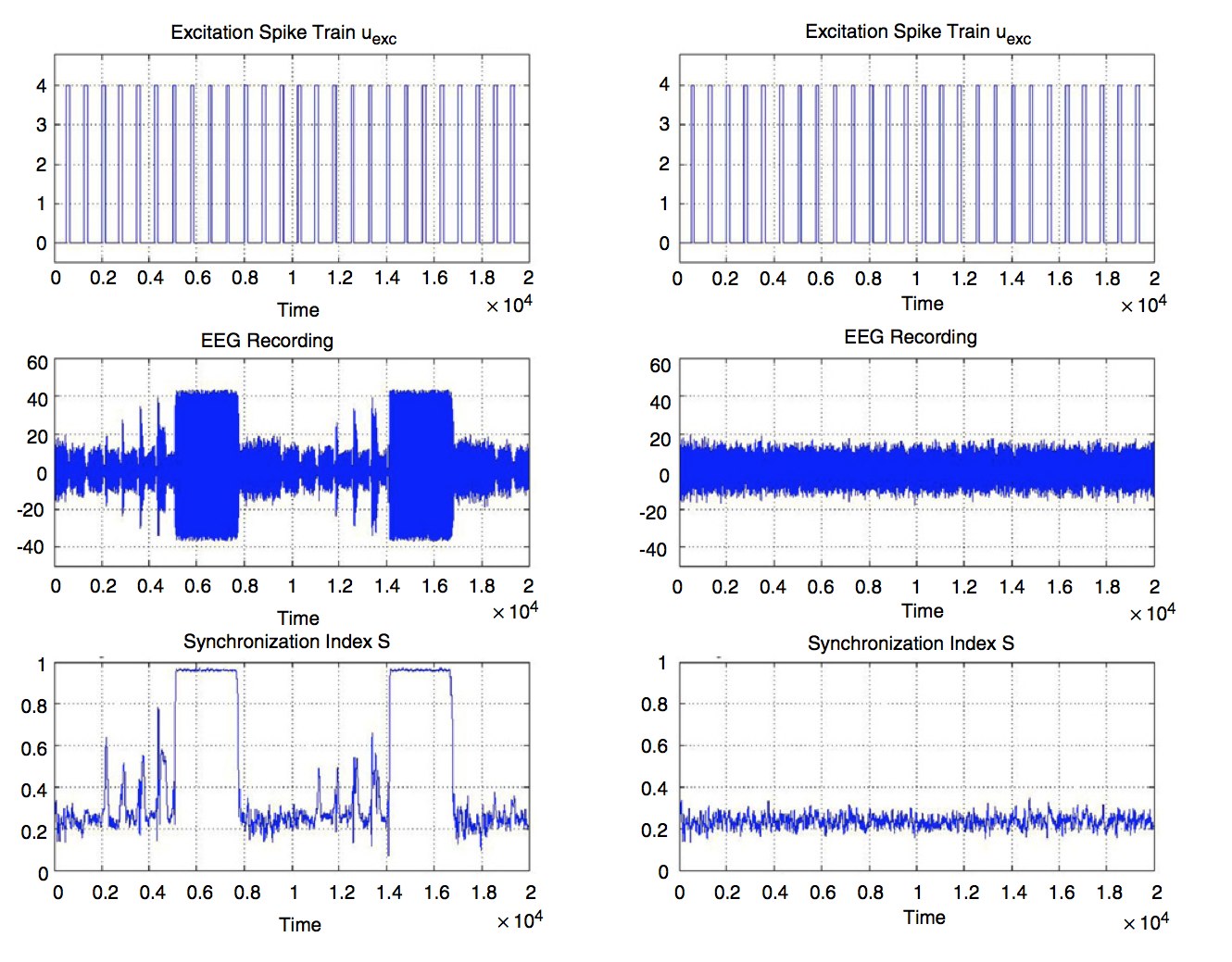 Validation of the reduced model of epilepsy 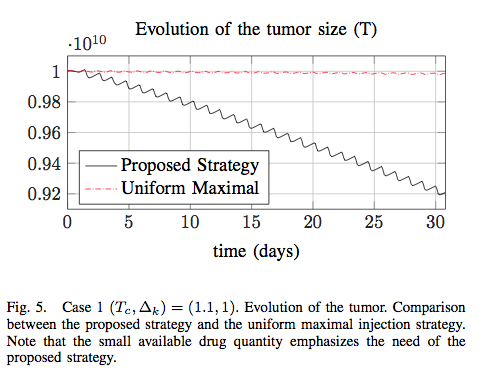